I didn't learn to program in order to make games, but once I had learned a bit of BASIC, it's what I spent most of my time doing. I played around with a bunch of kid-oriented tools that didn't survive to the present day, copying and experimenting and just generally spending a ton of time glued to a screen trying to make things happen. Some of these tools were brought home on CDs by my dad: Learn to Program Basic, TrueBASIC, Visual MacStandardBasic. Others I found online, like the original Cocoa.

In this post I'll collect a few screenshots for your amusement and mine…mostly mine. :–) I had made a few text-based games earlier, but this is the first batch of things I ever uploaded to the internet.

First, a video to get you in the mood!

Back when Cocoa was still NeXTSTEP, before the return of Steve Jobs, Apple had a small team working on a programming tool for children with the same name. I discovered it around 1999, when it had already been spun out into Stagecast Creator. Stagecast Creator was commercial by then, but the last development version from Apple was still available and free. So I picked it up and made some things. Here's the “IDE” with an example that came with it: 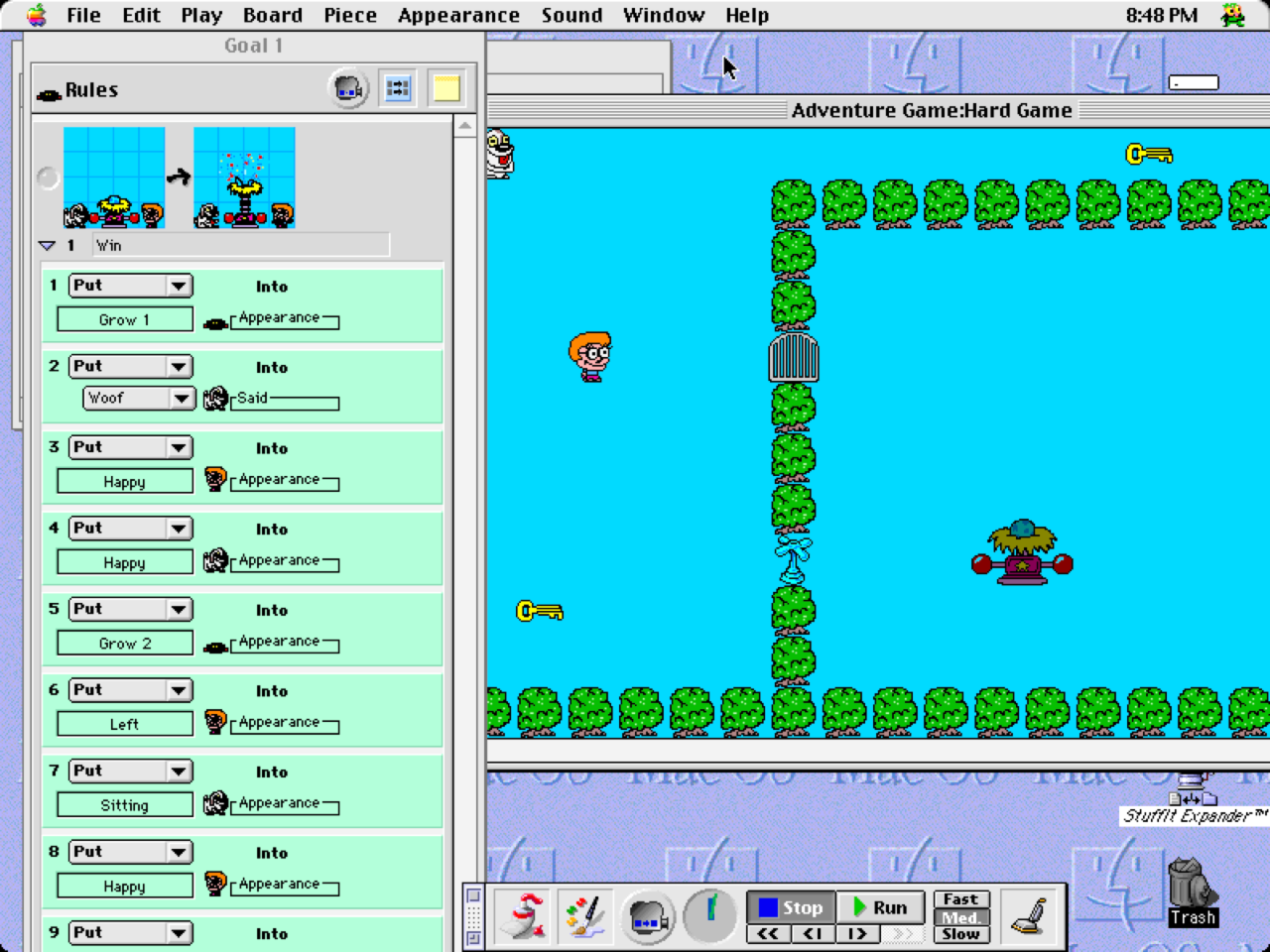 My best Cocoa DR3 game was Super Dude, a simple puzzle game where you had to fire rainbow arrows to destroy obstacles. 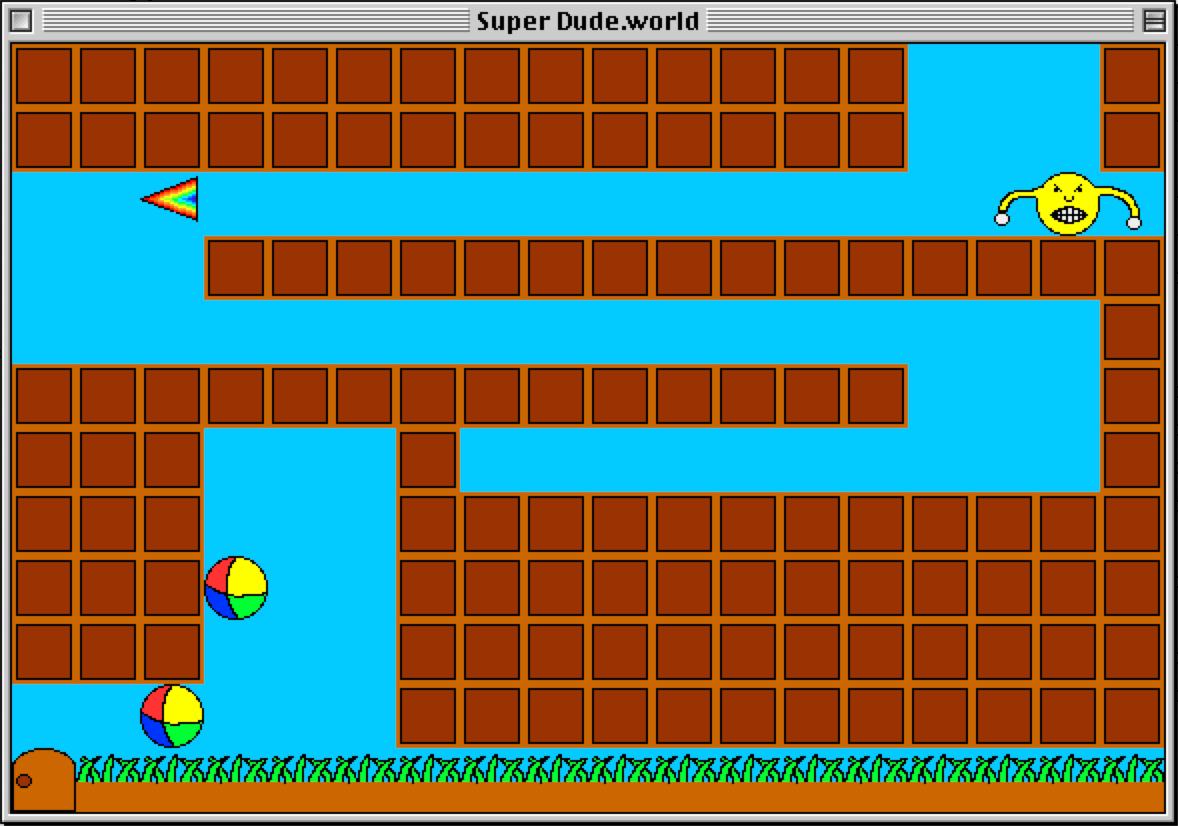 I also made a bad Space Invaders clone… 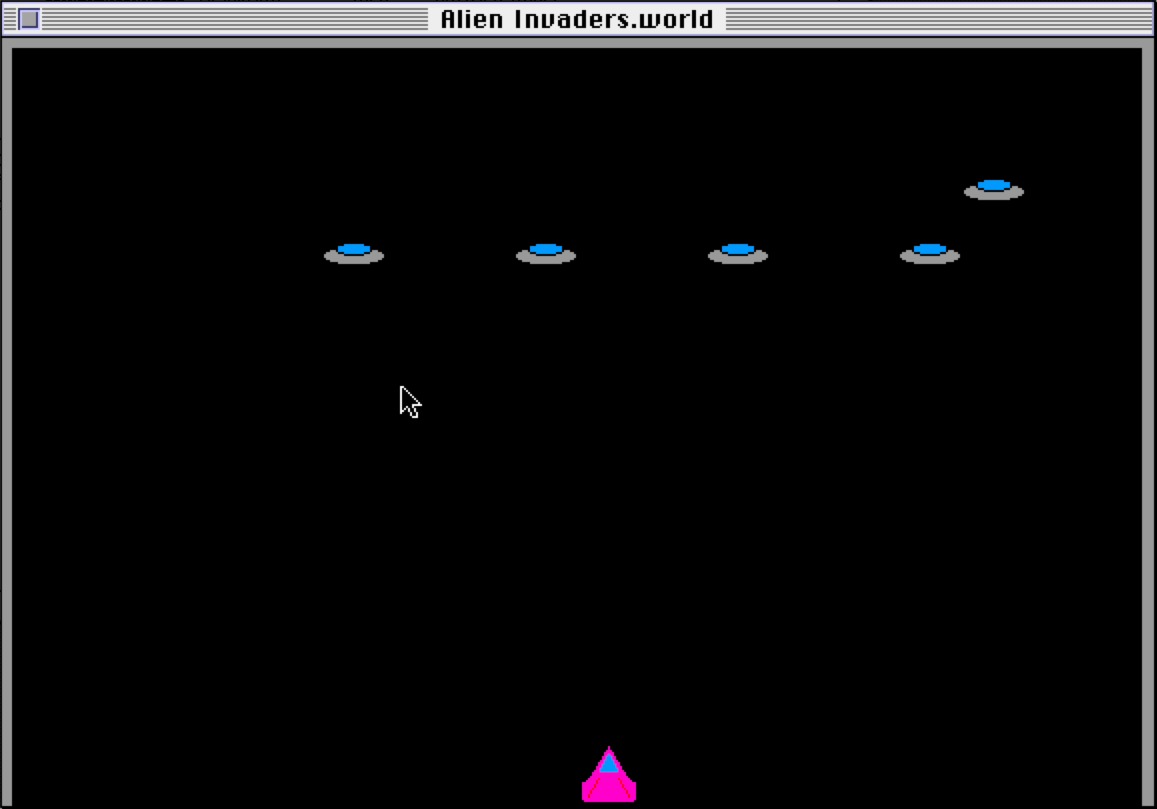 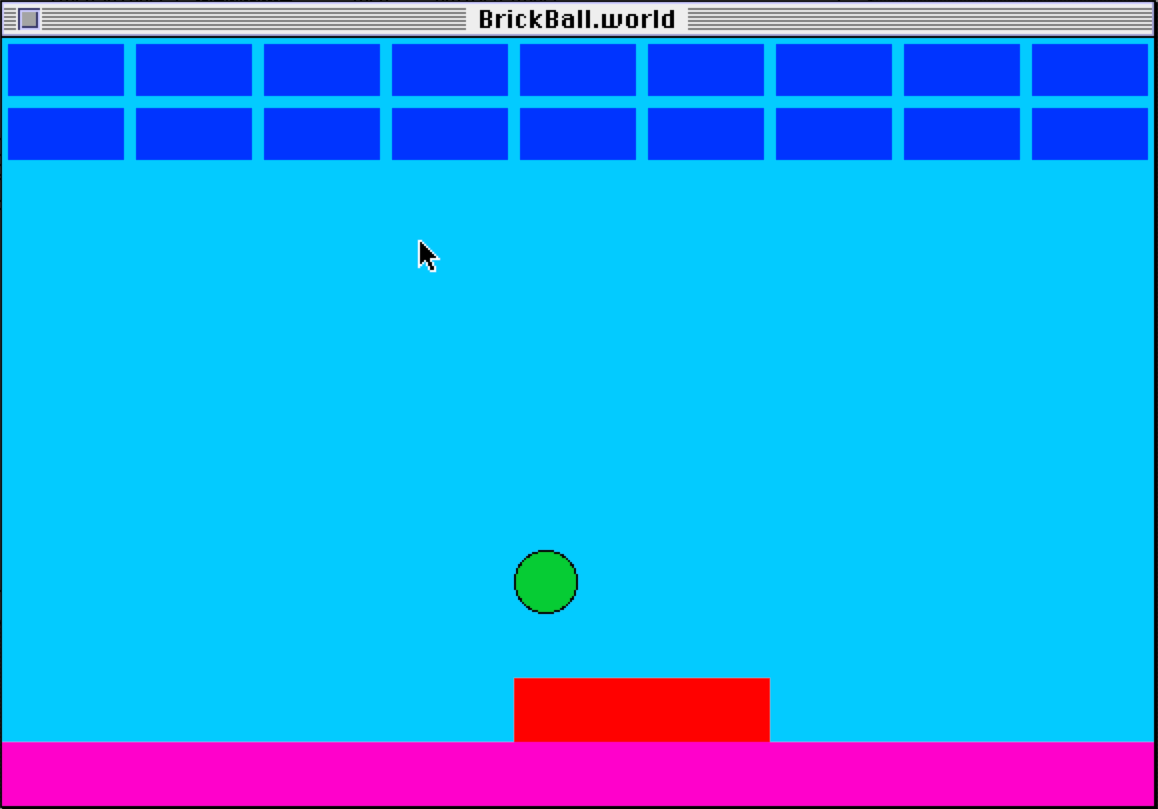 …and games where you had to abduct humans into your spaceship, and drop packages from Santa's sleigh into chimneys. 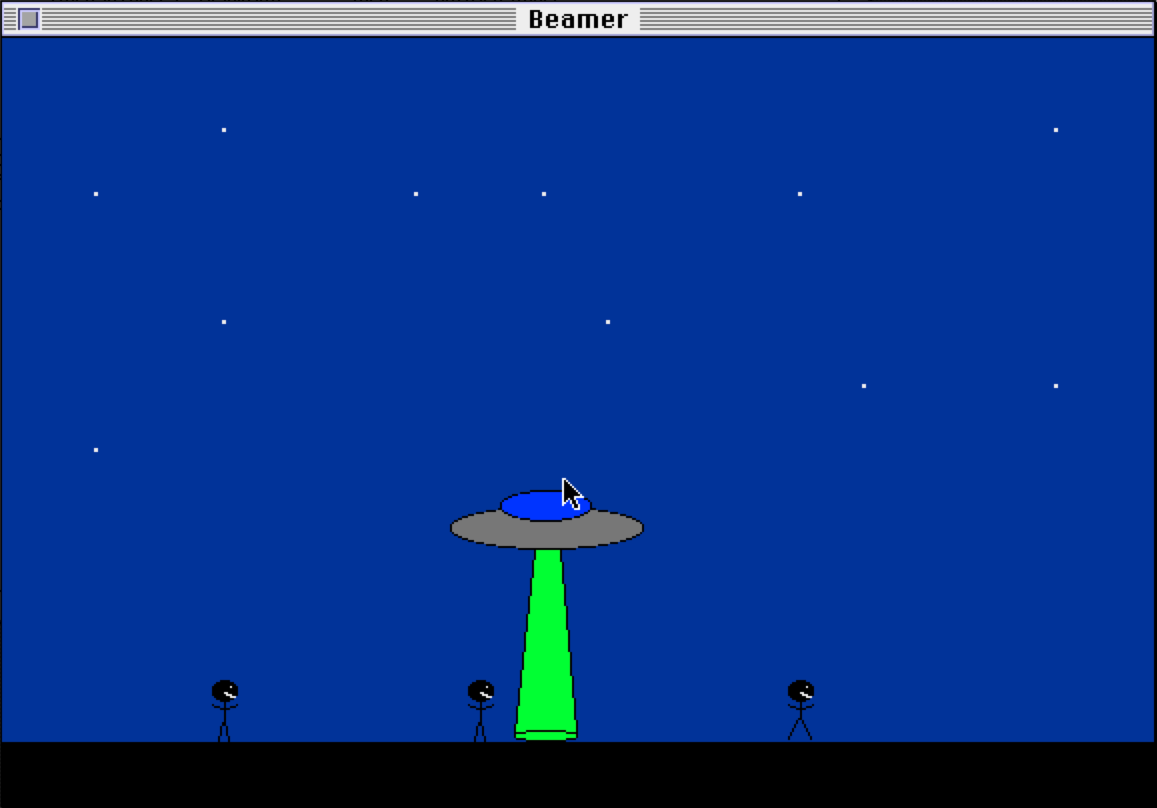 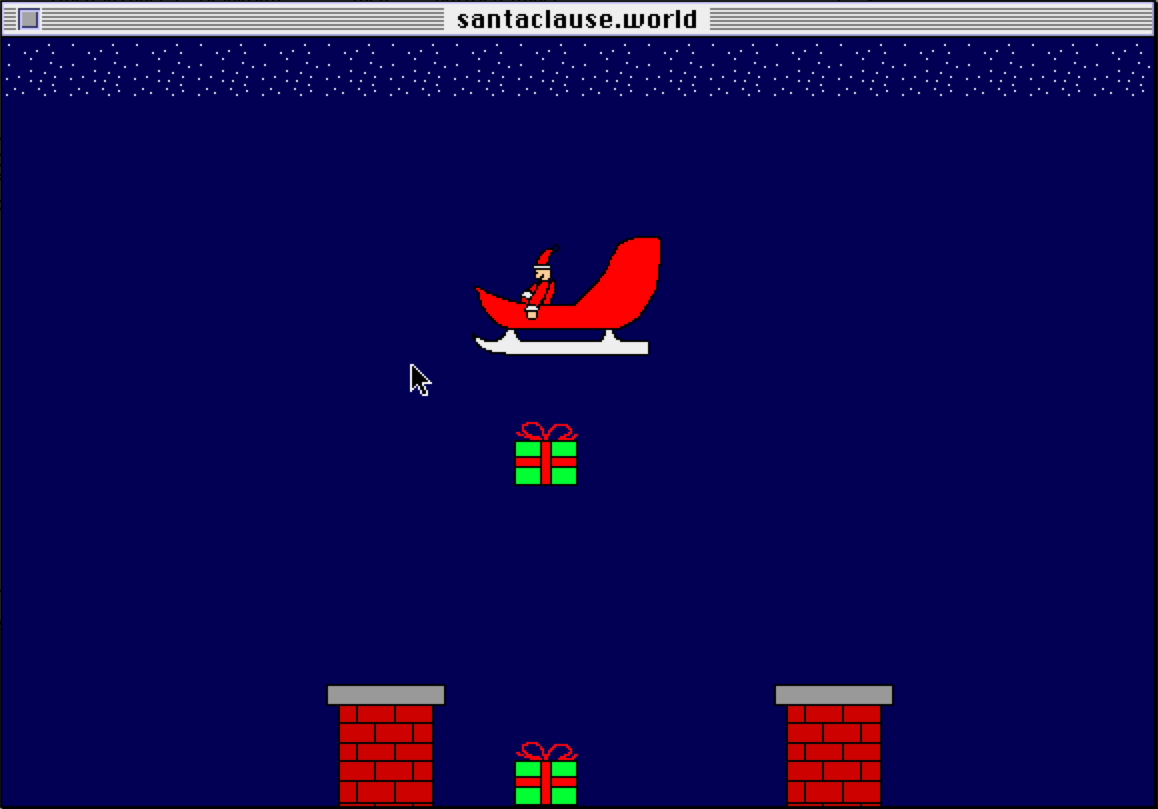 There have been a lot of programs called GameMaker. The one I learned was this one, an approximation of HyperCard tailored toward World Builder-style games. It had a simple interface, a simple programming language, and a relatively large community, so it was perfect for a kid just figuring things out.

Most of what I did was simple. Here's Save the Cute Little Doggy, a game in which you save your dog from aliens:

And here's a “game” called Destroy the World:

The biggest thing I made in GameMaker was CubeWars, in which you'd run around a maze of cubicles shooting managers with Nerf darts to avoid getting “fired.” I haven't been able to dig up the final build, but here's an unfinished version:

At some point, I tried making an “operating system” called FUNK OS – really a toy desktop environment. All I ever released was this “chat client” that would talk back to you with random phrases:

Those are all the games I thought were worth putting online around 2000-2001 when I was about 12. In part 3, I'll look at some non-games, and the overly detailed README files for those non-games!