SillyPond generates unplayable sheet music in the style of John Stump's “Faerie’s Aire and Death Waltz”. It's my entry for PROCJAM 2019! Using a mixture of generative grammars, a linguistics library, noise functions, and a lot of hand-stitched random distributions, SillyPond constructs a description of sheet music, which is then converted to an image using the open-source music engraving software LilyPond. 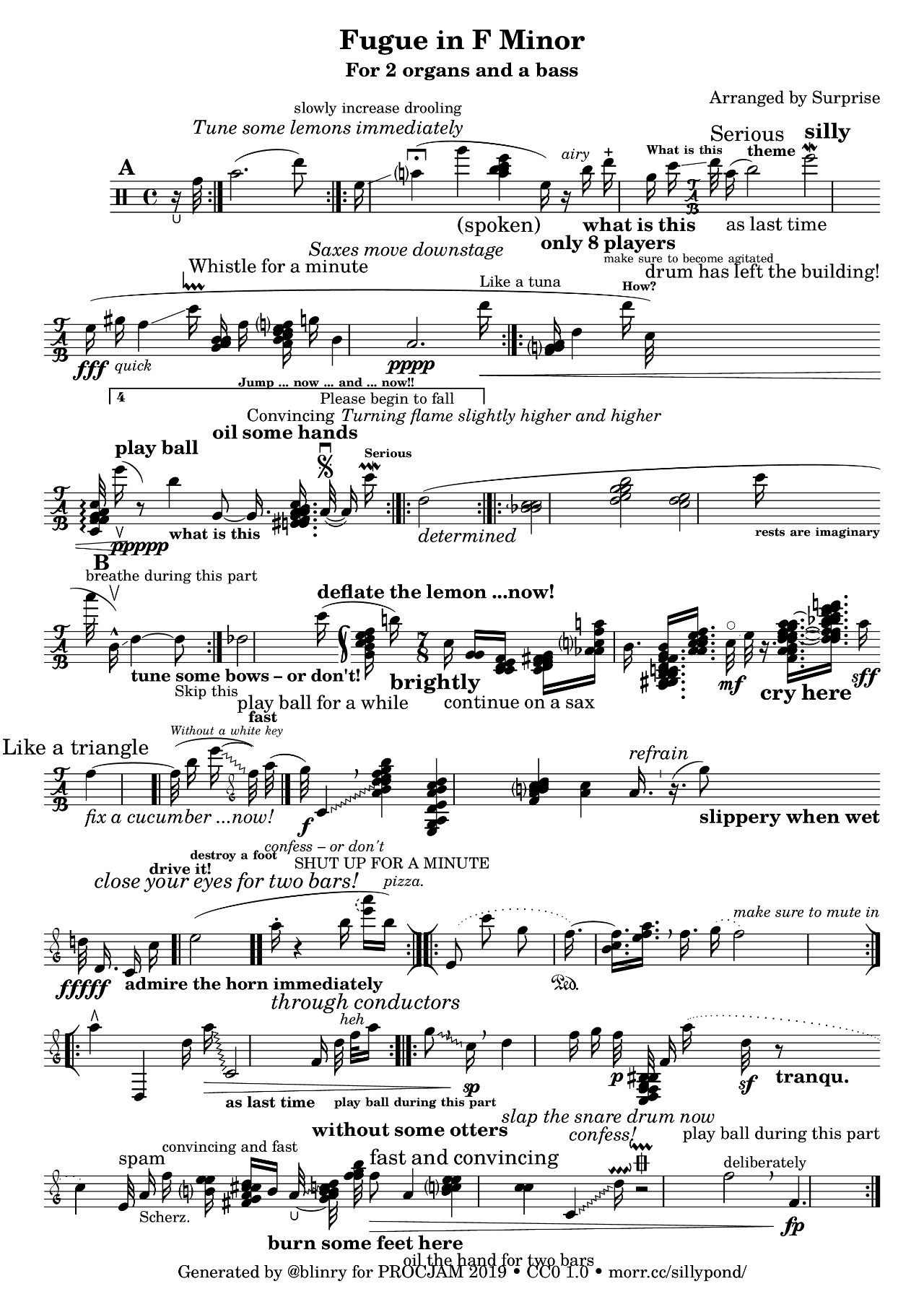 The source code is one 720-line Ruby file that only depends on basic natural language and noise libraries. It boils down to a simple grammar with a cute library of phrases. Lovely stuff.

Life simulator with emphasis of simulating learning, communicating and creativity.

It simulates NPCs being born, living and eventually dying, gaining skills and advancing careers, meeting each other and learning from each other. And, sometimes, creating something that can be called a “Heritage” – a great work that will stay forever and can be used by NPCs to learn, or even find someone with common interest in it.

This is my favorite kind of half-finished project. The aesthetic says “I am getting down to business and have no time to do fancy visual crap,” and the content suggests so much to the imagination.

The source code confirms that the author is building a rich world model from which they can draw interesting stories, which means they're after my own heart.

Jay's off-color remark puts a sensitivity trainer in the office for a presentation, which prompts Richard to create his own. Bertha gets flashed in the parking lot, and Jay goes all out to secure the premises.

One of Bertha's old college friends comes to The Registrant. Bertha hits the Candelariochester media circuit to promote the Harvest Festival, but Jeremiah freaks out on air when his past is exposed.

Richard decides he can be a sitcom writer and comes up with “nothing.” What he doesn't realize is that he was only chosen because all the big-name players weren't available.

Now Jay must fess up, which will reveal his relationship with Bertha, or risk getting fired. Grace gets a town hall meeting to discuss her park idea, but she finds out that public reception is less than receptive.